These are family portraits of Jessica and parents, taken last fall. The photography took 75 minutes, with about 1,000 original shots. Children ages three to five can’t yet communicate like adults, but they can run faster than adults, so these were mostly snapshots. I used five lenses for this shoot, including the 70-200mm Canon zoom lens a lot. Jessica was a slow starter, a little reluctant at first, but had a lot of fun with me in the second half of the shooting. I don’t think photos of kids have to be smiling, authentic is great. Happy kids should be free, and that includes the freedom not to smile.

The location for this shoot was still the Hofgarten, which in fact has been expanded as one of our outdoor shooting bases. Why we chose this location was discussed in the Bobo blog. There are many backdrops to see here, but the framing varies a bit from shot to shot, and that’s not because the photographer is lazy or prefers one over the other. There are three practical reasons: first, children often behave differently to the attractions, for example, some like to play at the fountain, some are not interested in fountain at all; second, the attractions are public facilities, yesterday the fountain was very good to photograph, today it becomes a construction site or there are many people sitting at the fountain; the third point is often ignored by customers, but very important: as the light always changes, people also need to change their position accordingly. A sunny day is different from a cloudy day, and a morning shoot is different from an afternoon shoot. The good thing about the hotgarten is that the light makes it possible to shoot the whole day. In fact, we photographed five families here from morning to evening on the same day. It’s so much better to photograph here than in the wild!

But the Hofgarten is not perfect because there is no playground which is often important for children. But this problem is largely solved for now. In and around the Hofgarten, which is surrounded by the Odeonsplatz (with open-air concerts in summer) and the Herkulessaal (where Yundi Li’s solo concerts were held), there are many musical elements, and the railing that runs through the garden is shaped like a treble clef. In the eyes of children, this cute, chic and sturdy fence becomes an entertainment object like a one-track balance beam, a magical toy that children immediately have fun with. So this spot, which used to be just a walk-by or background spot, became one of our regular photo spots.

Below we see Jessica running in the golden autumn, dancing in the sun with her mom and playing with bubbles with her dad. This happy family was awaiting the birth of their baby brother at the time. 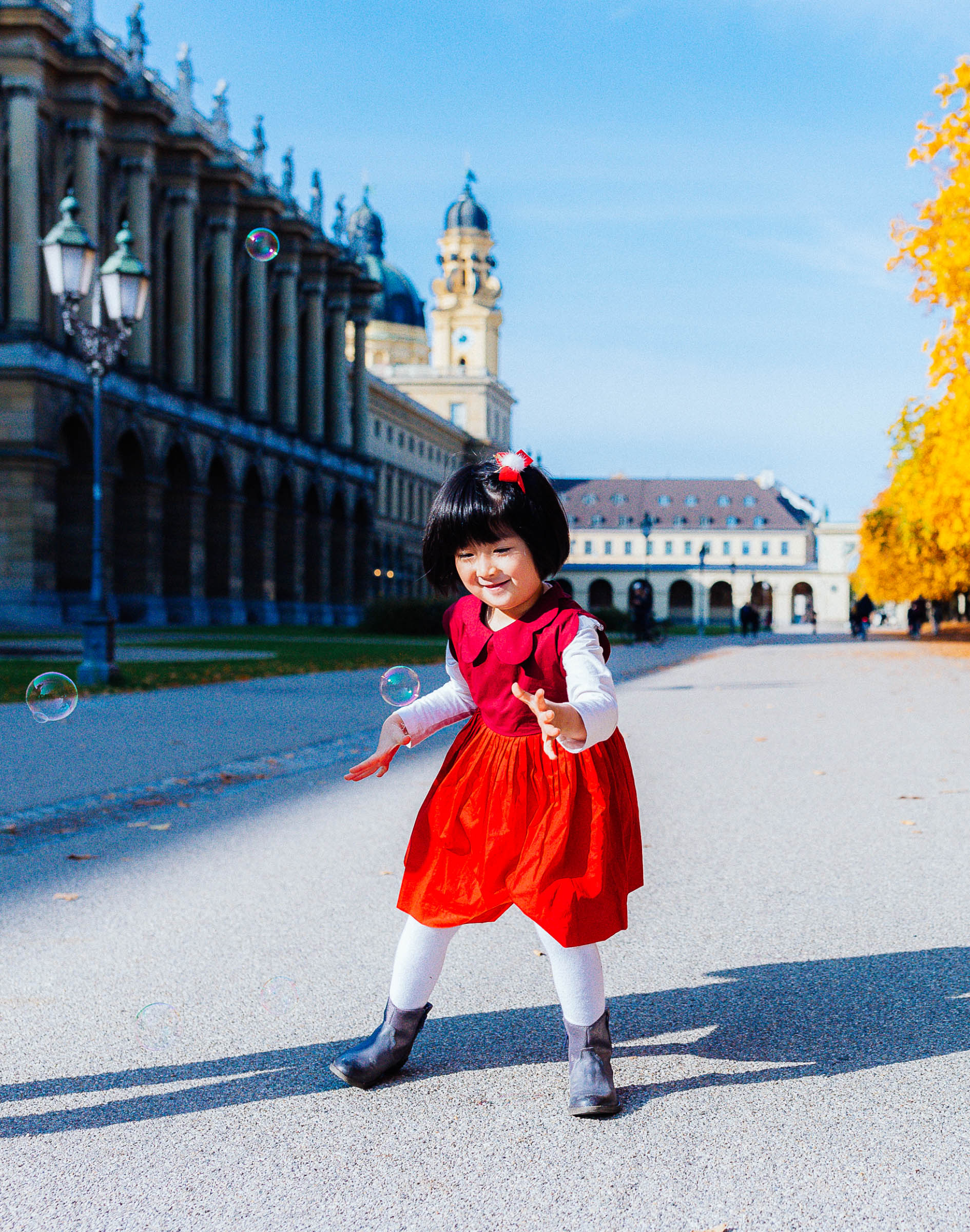 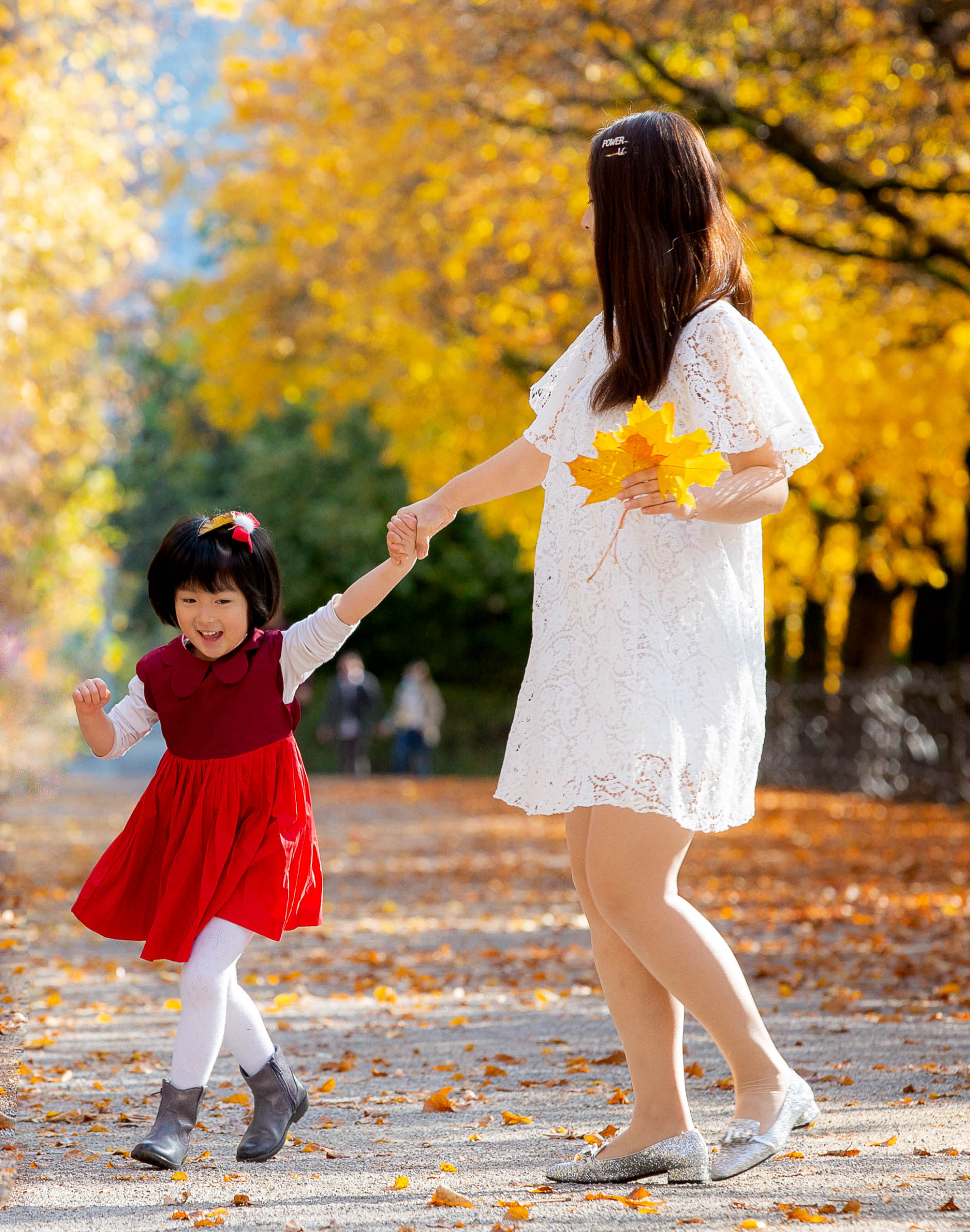 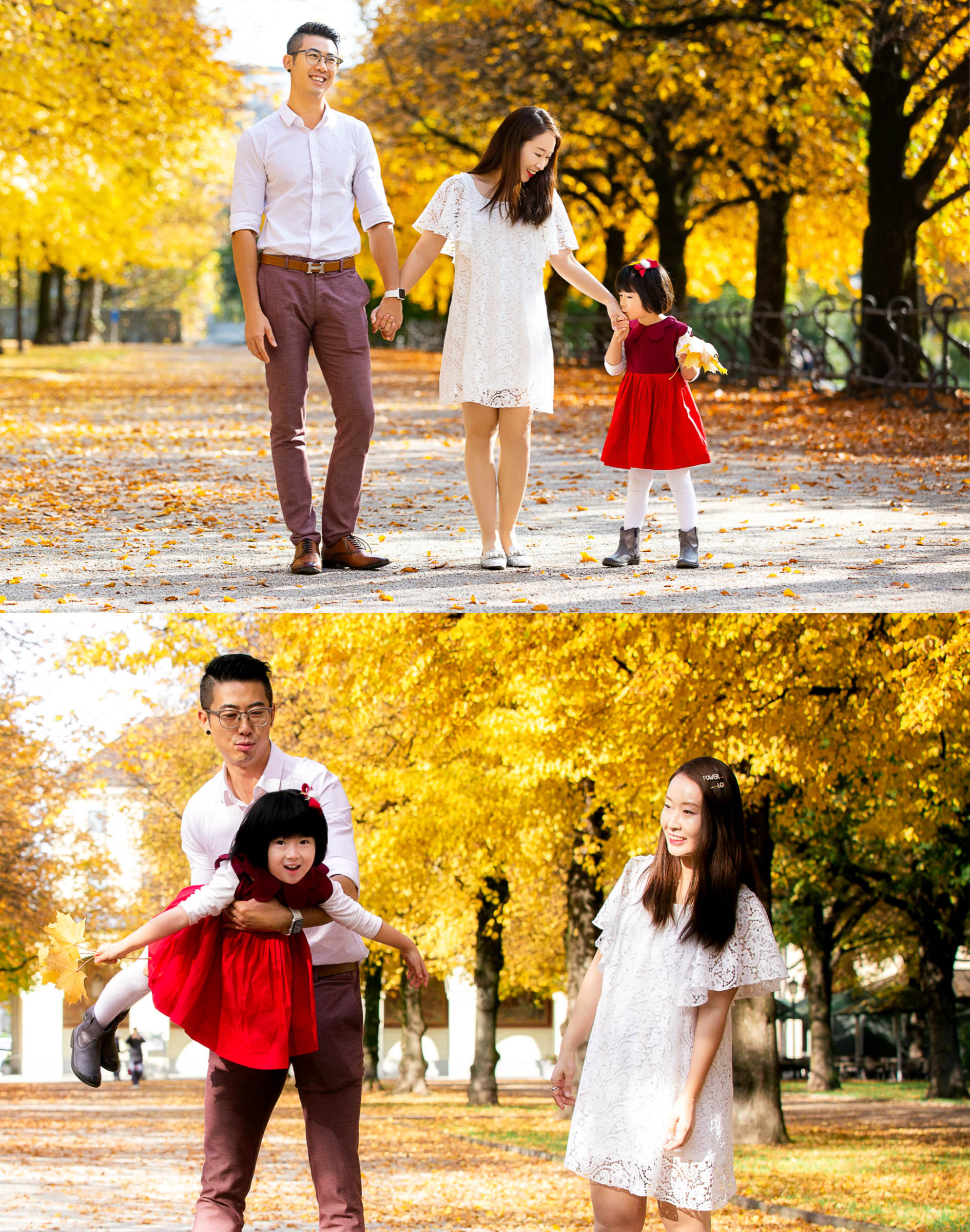 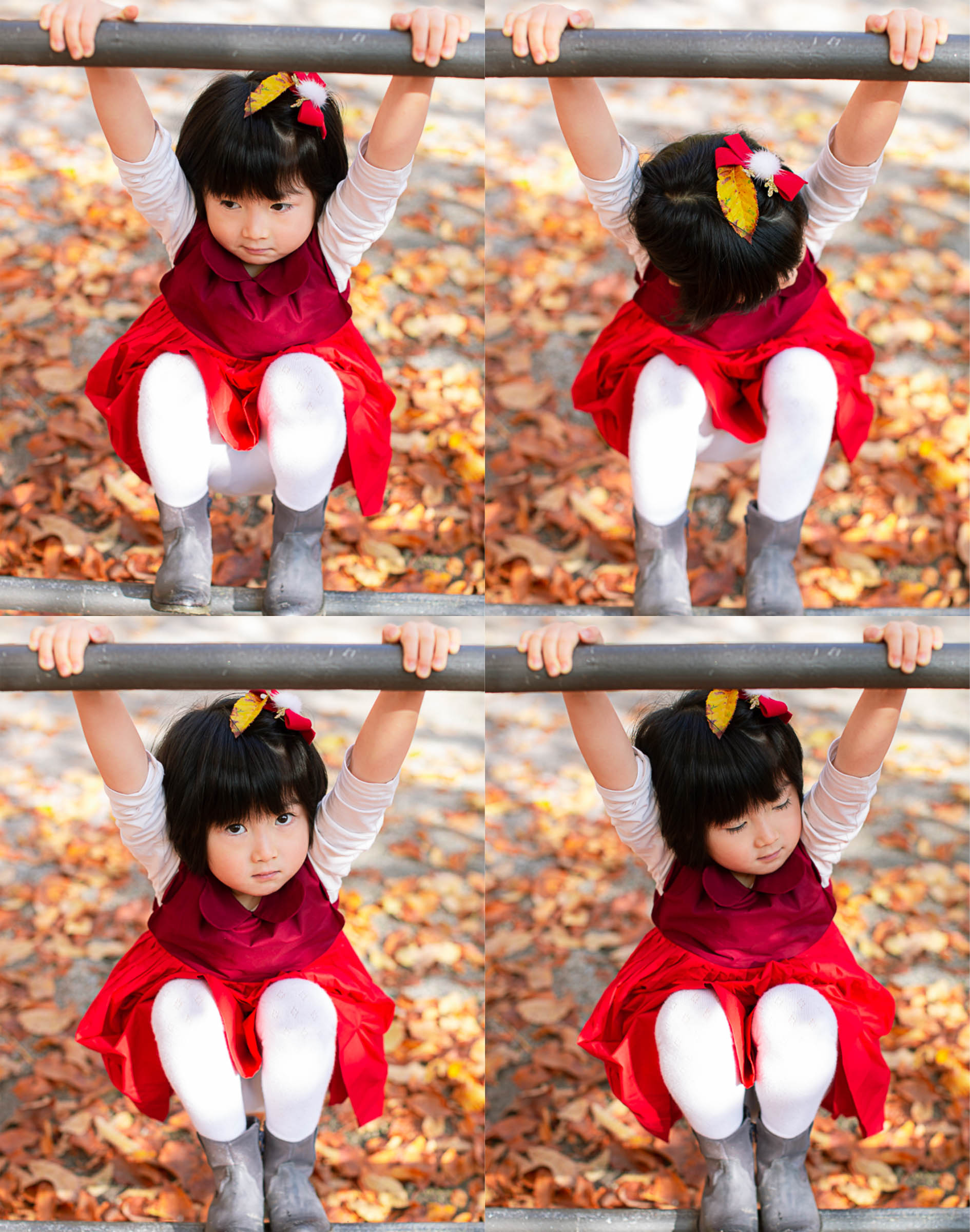 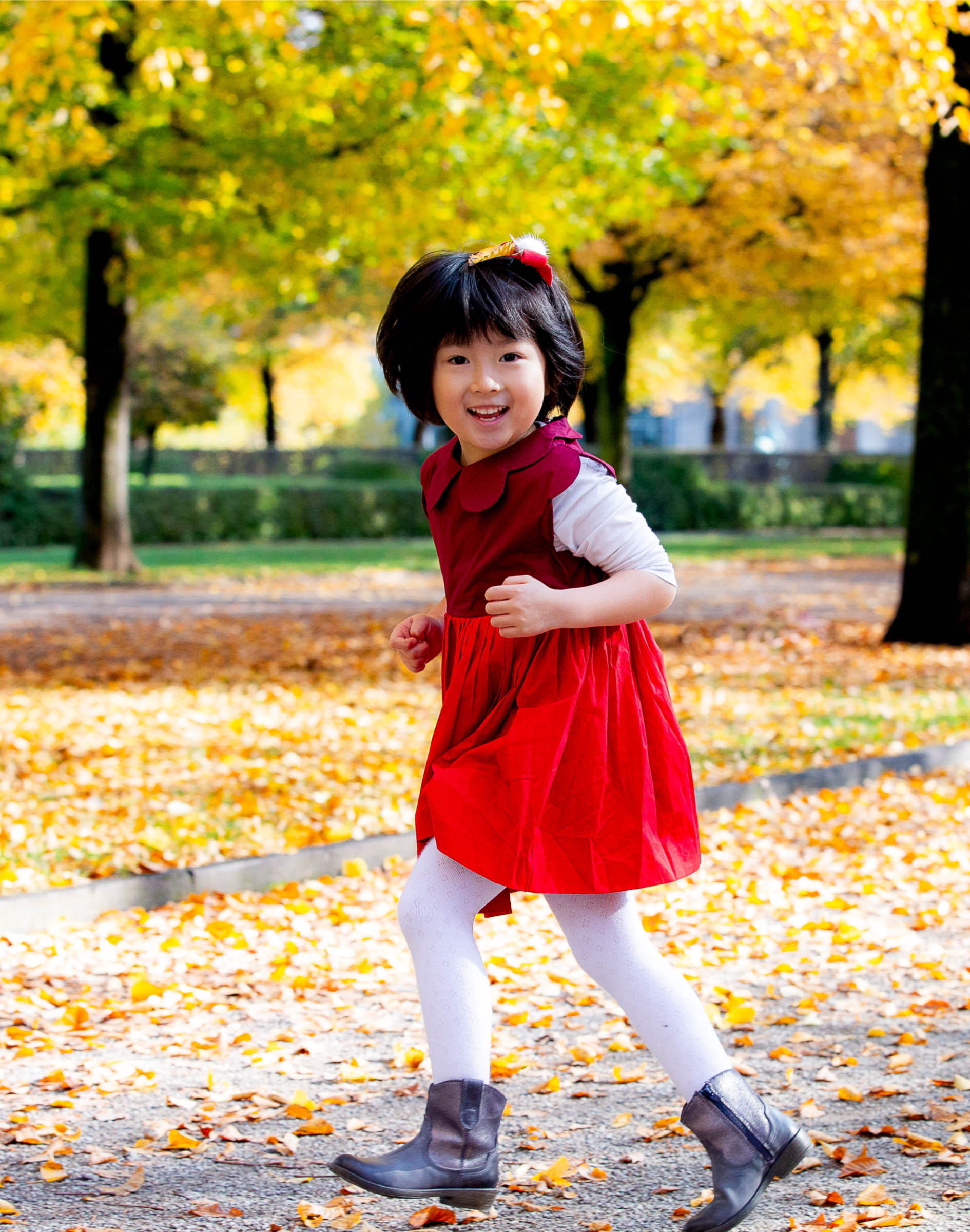 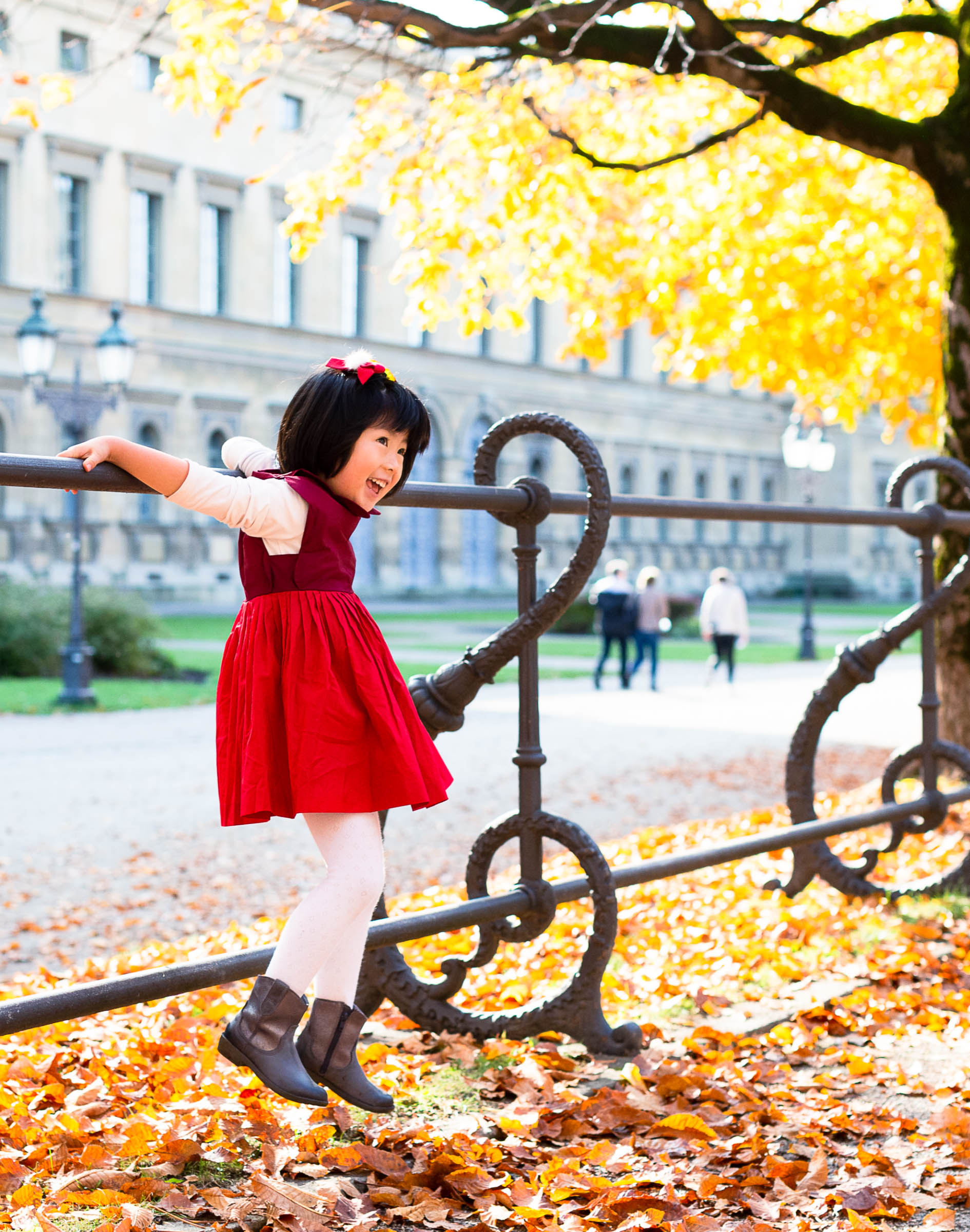 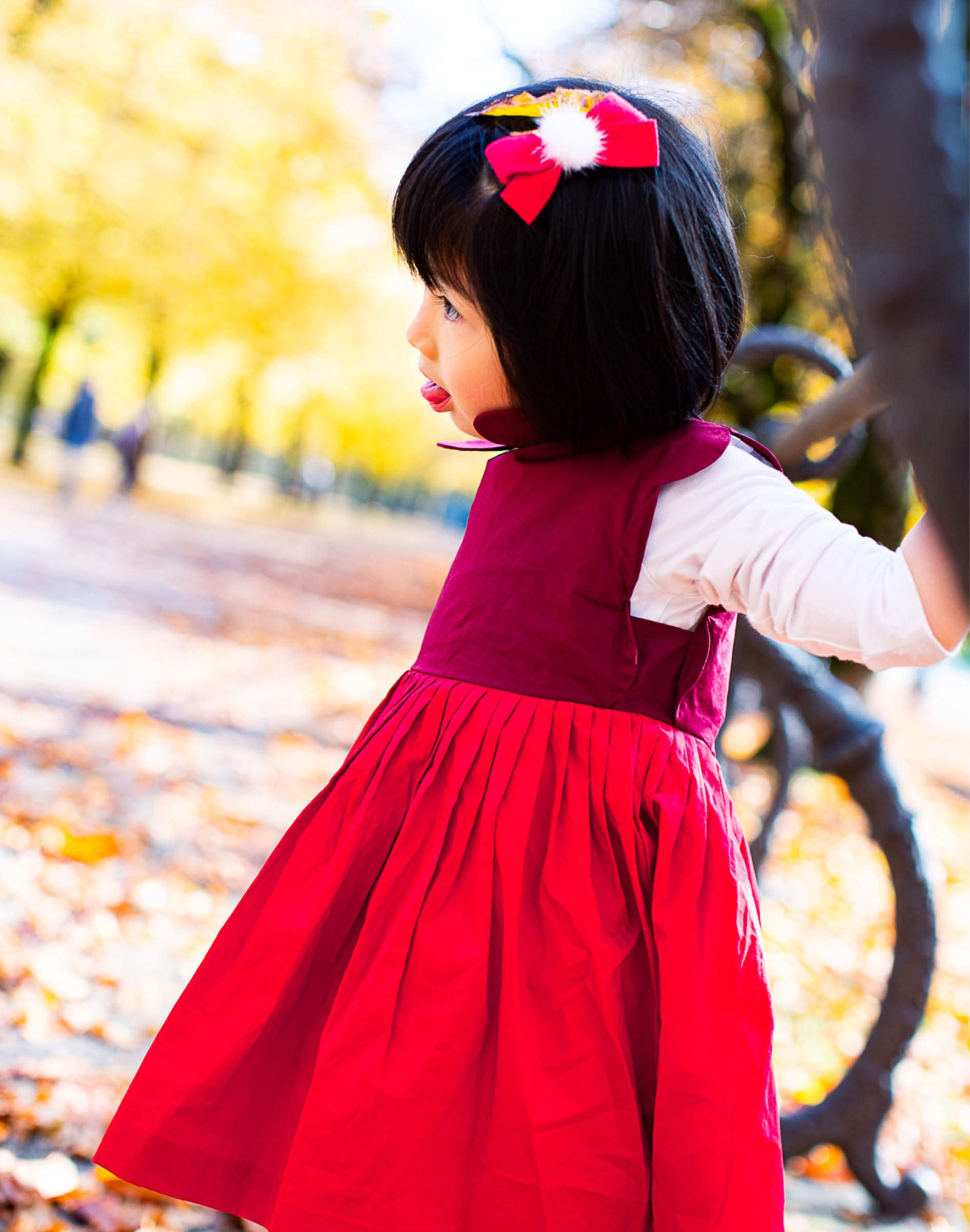 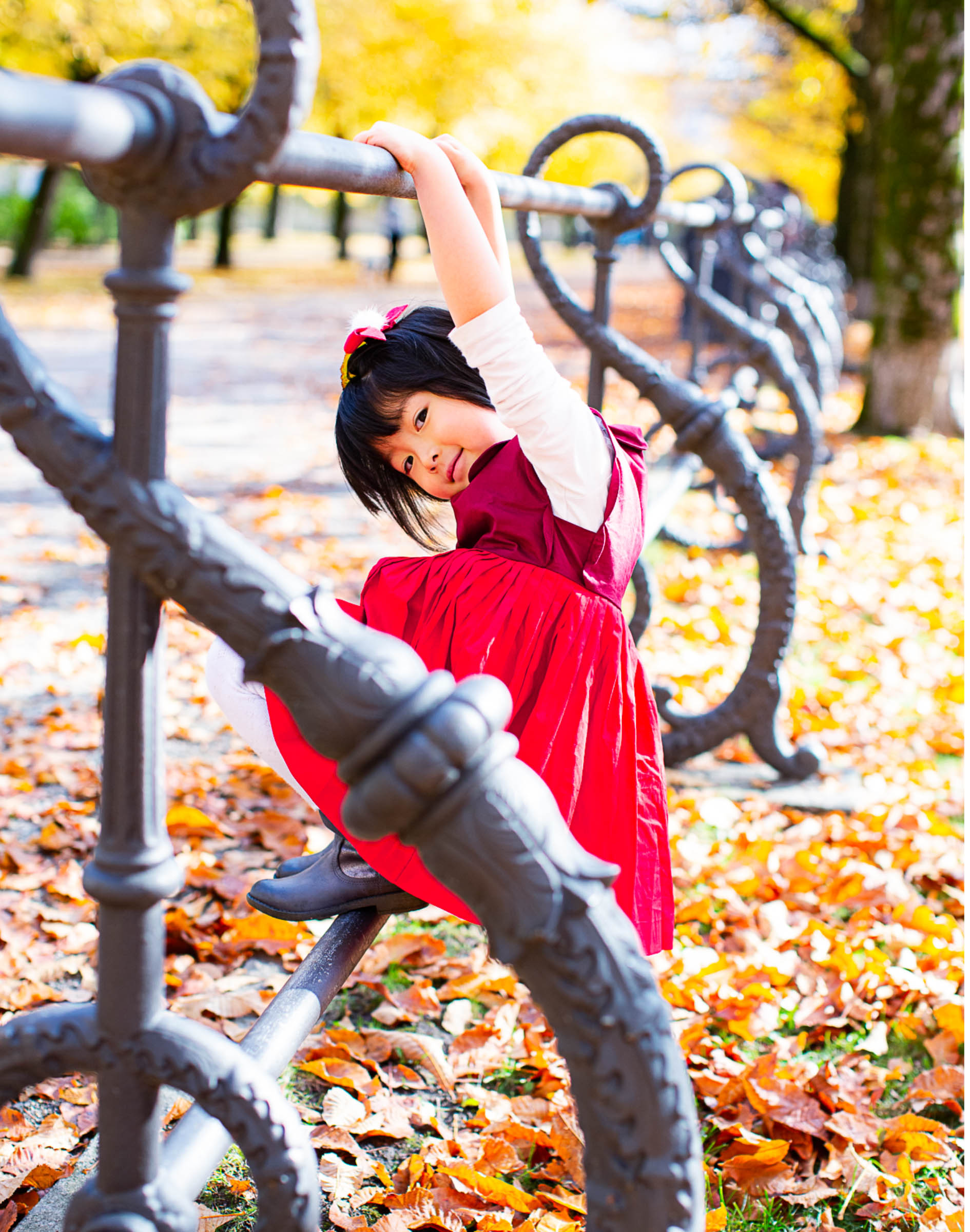 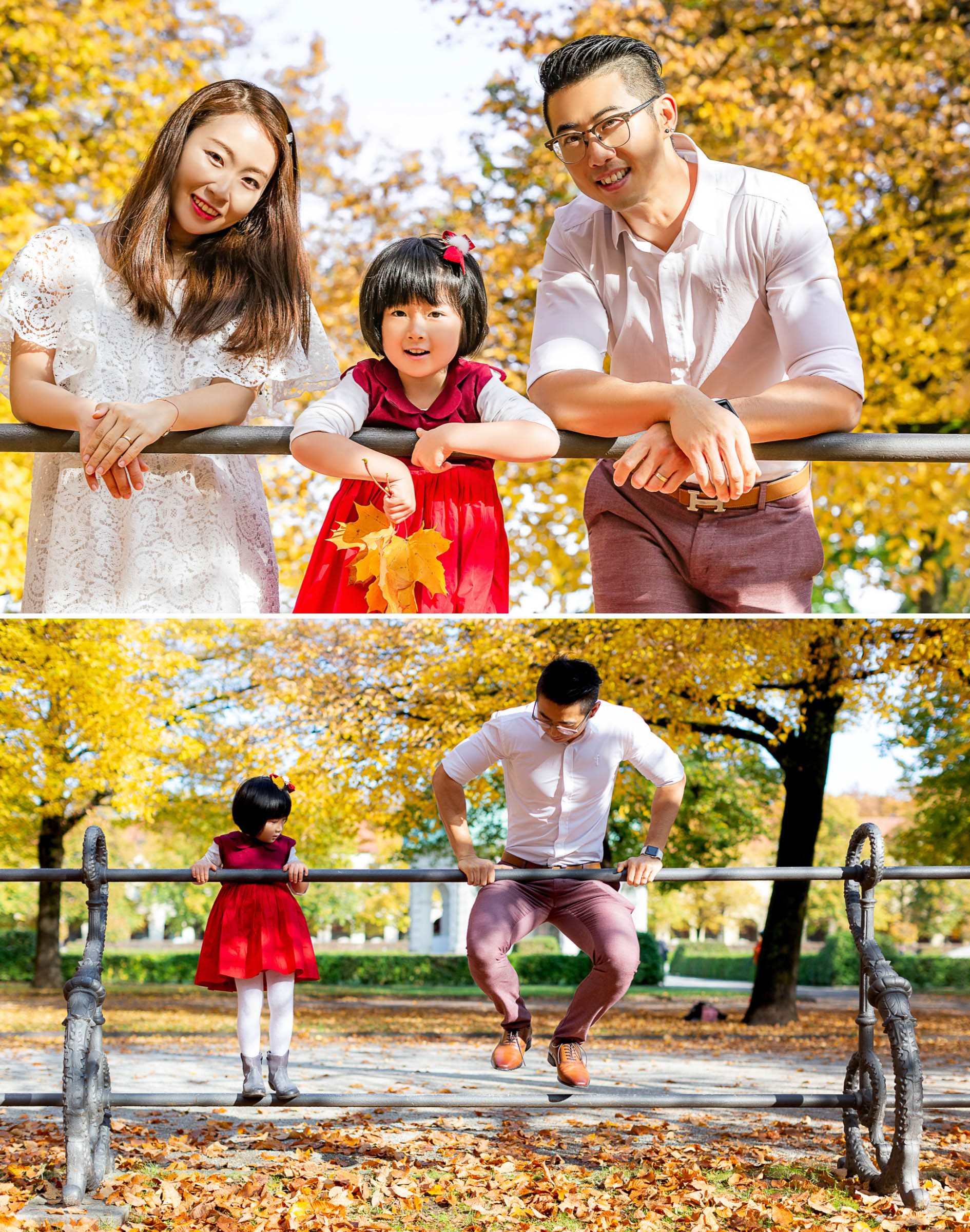 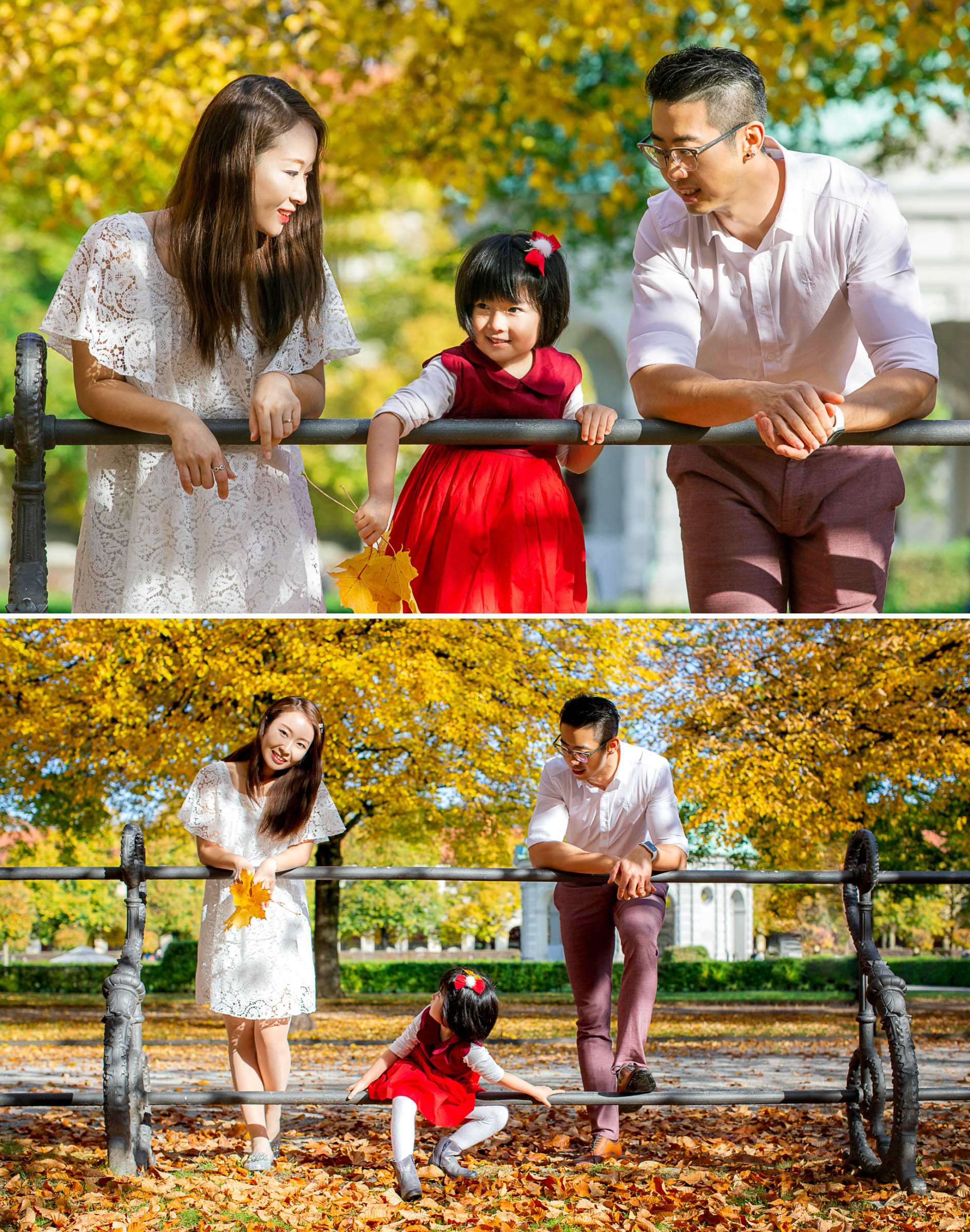 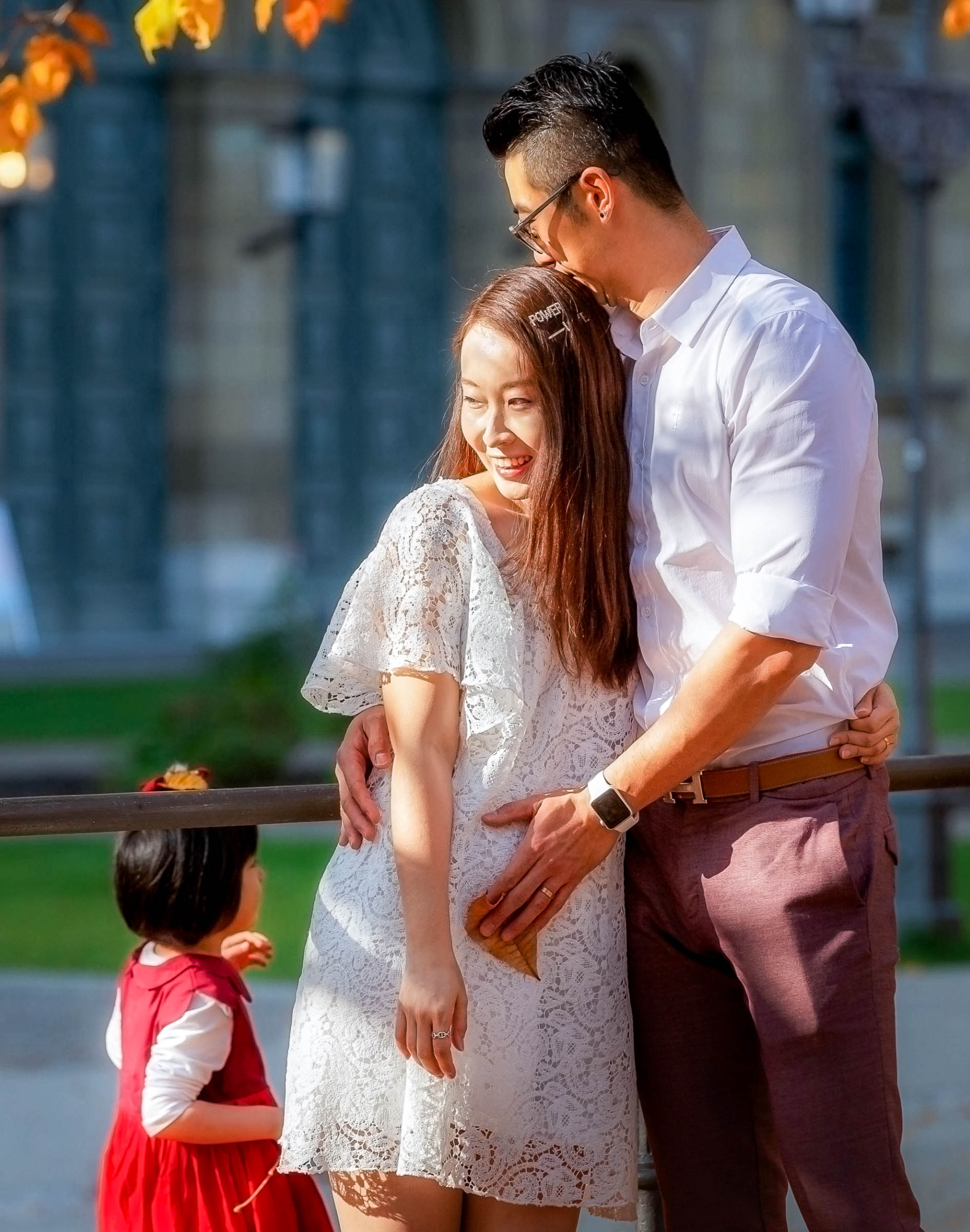 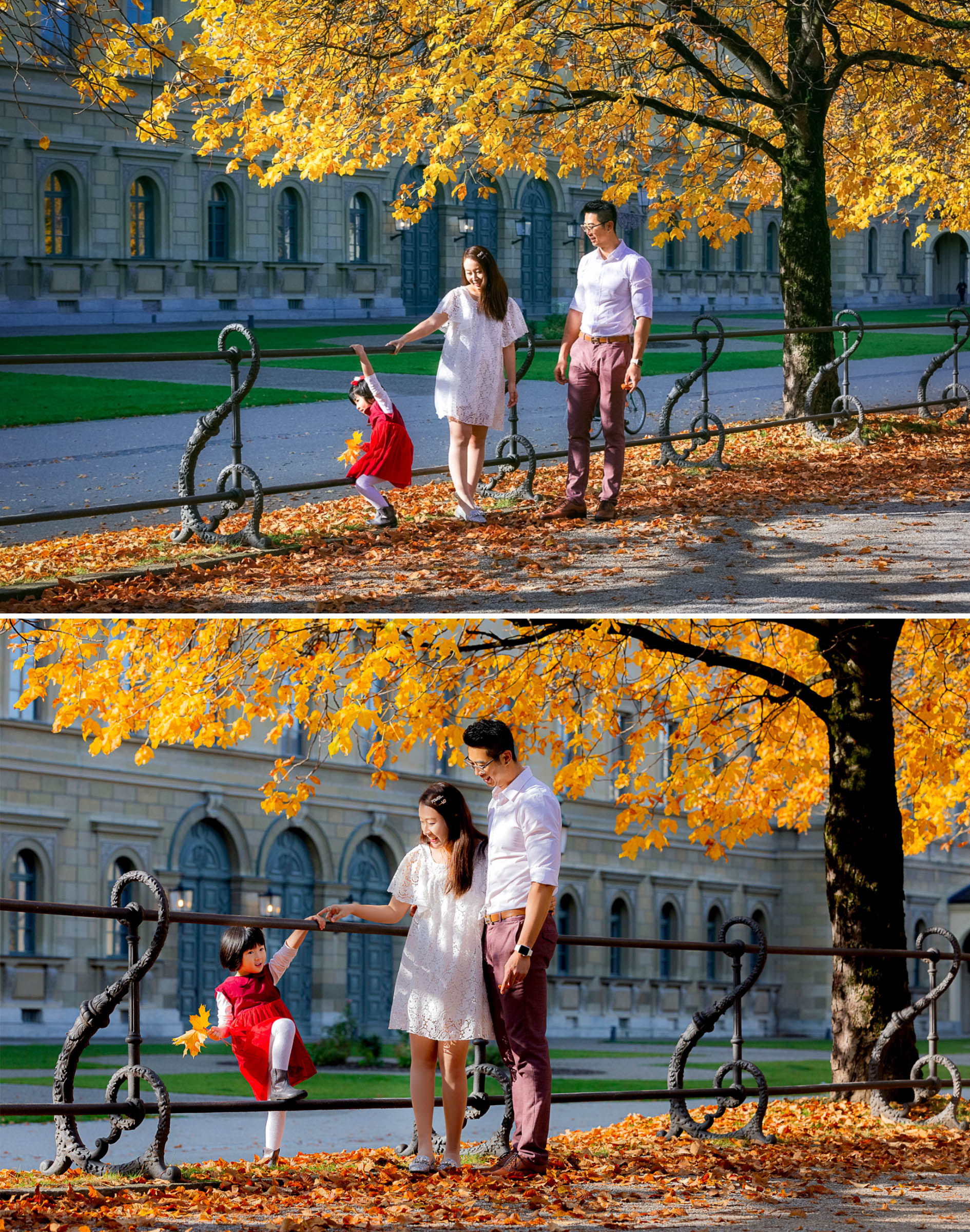 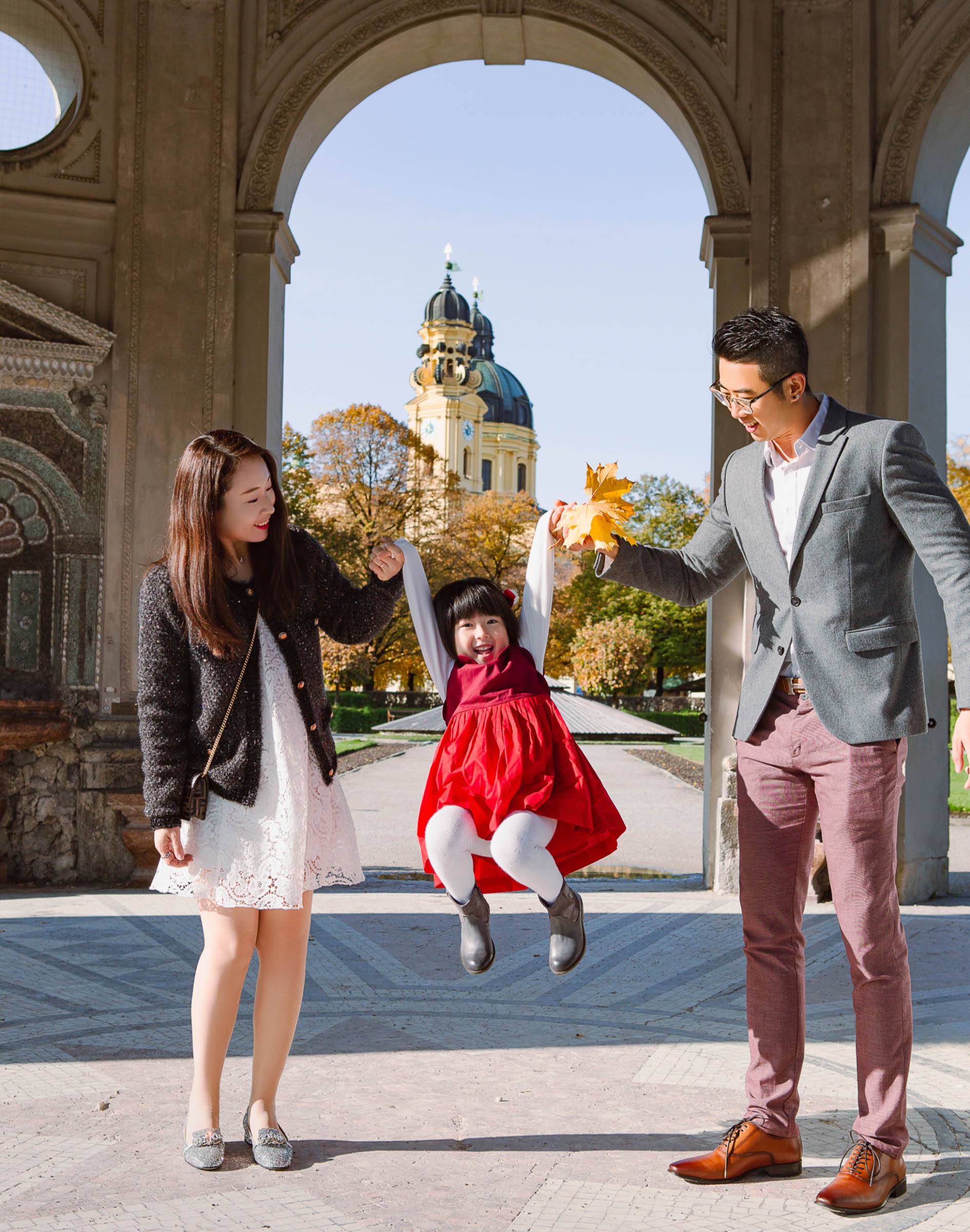 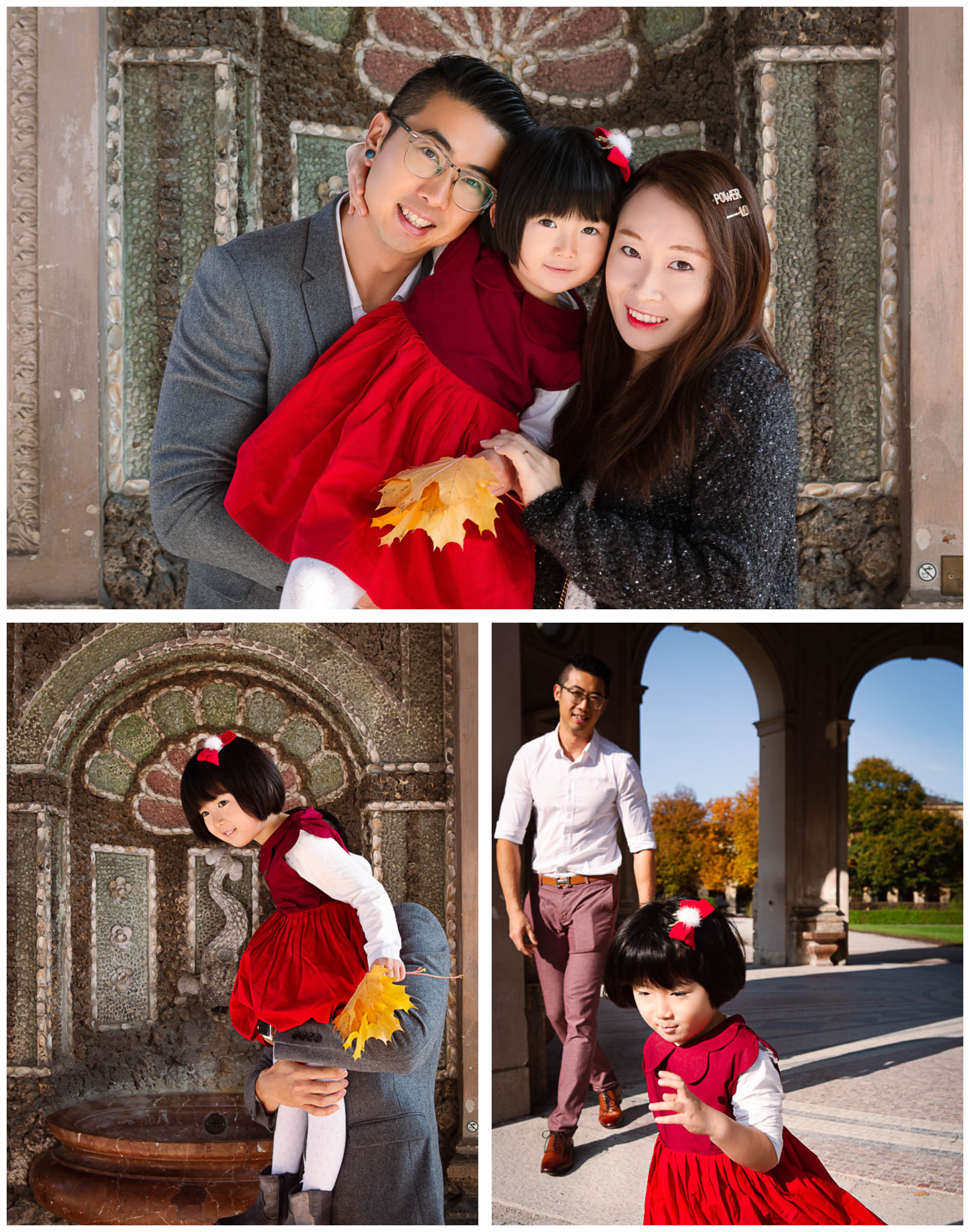 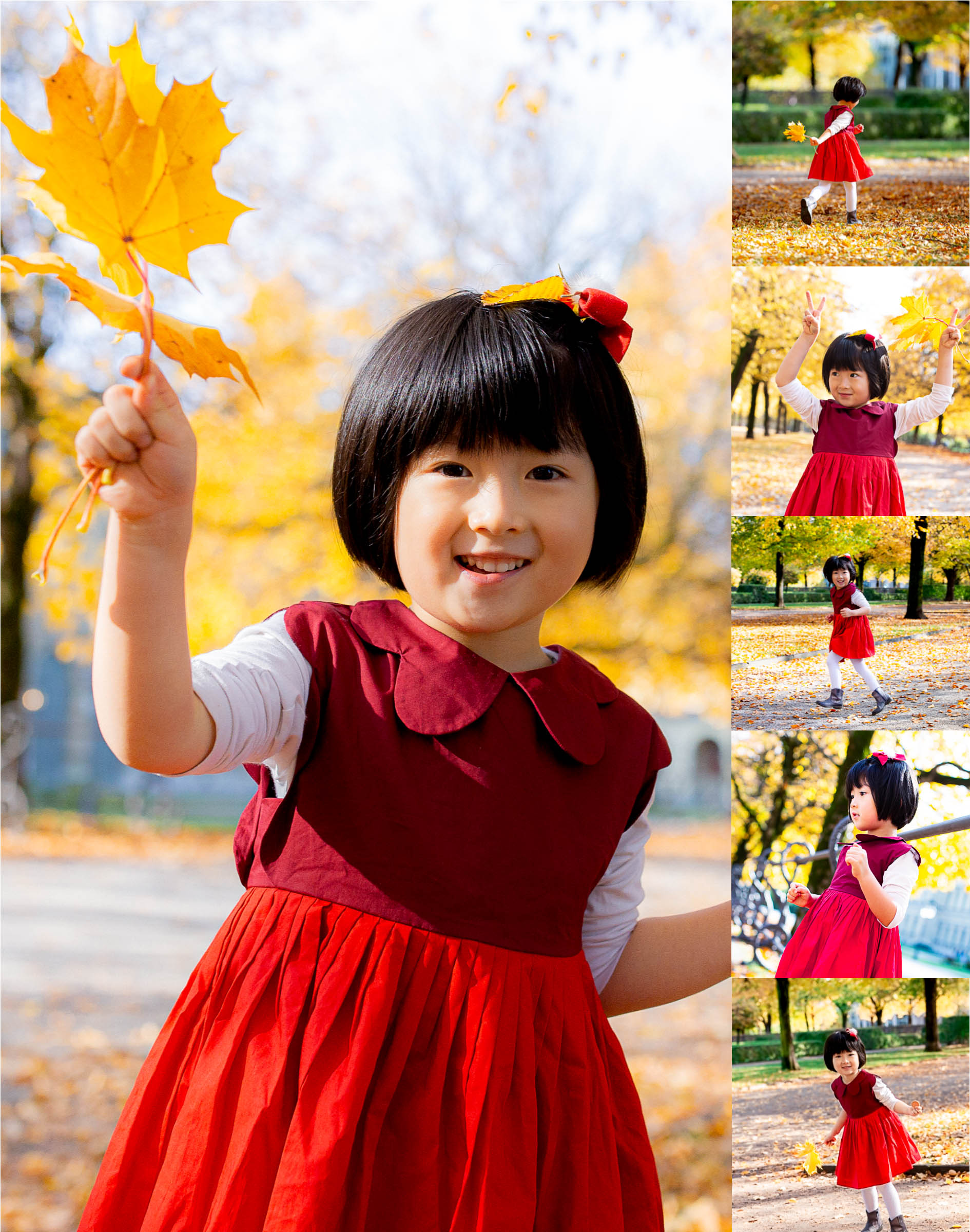 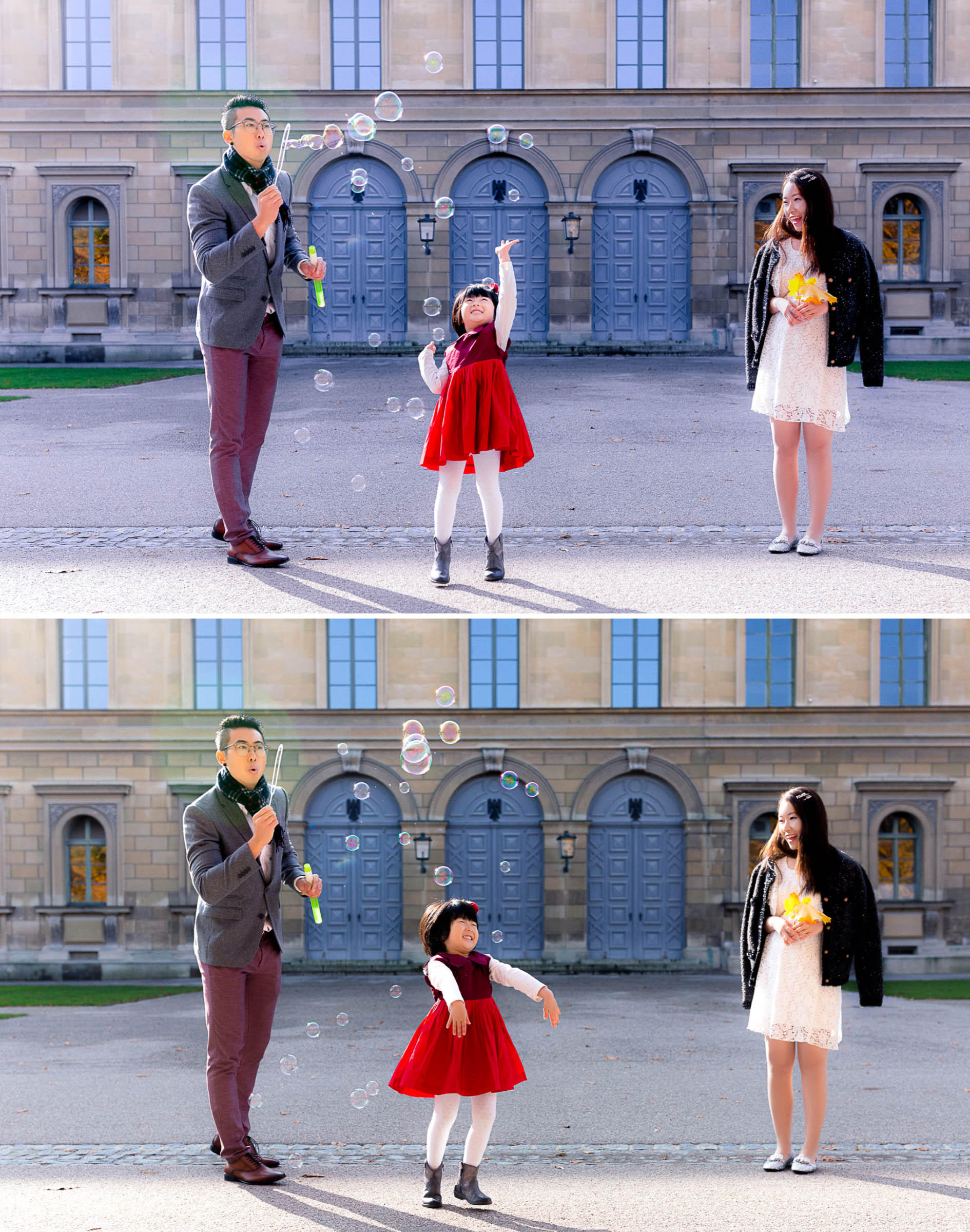 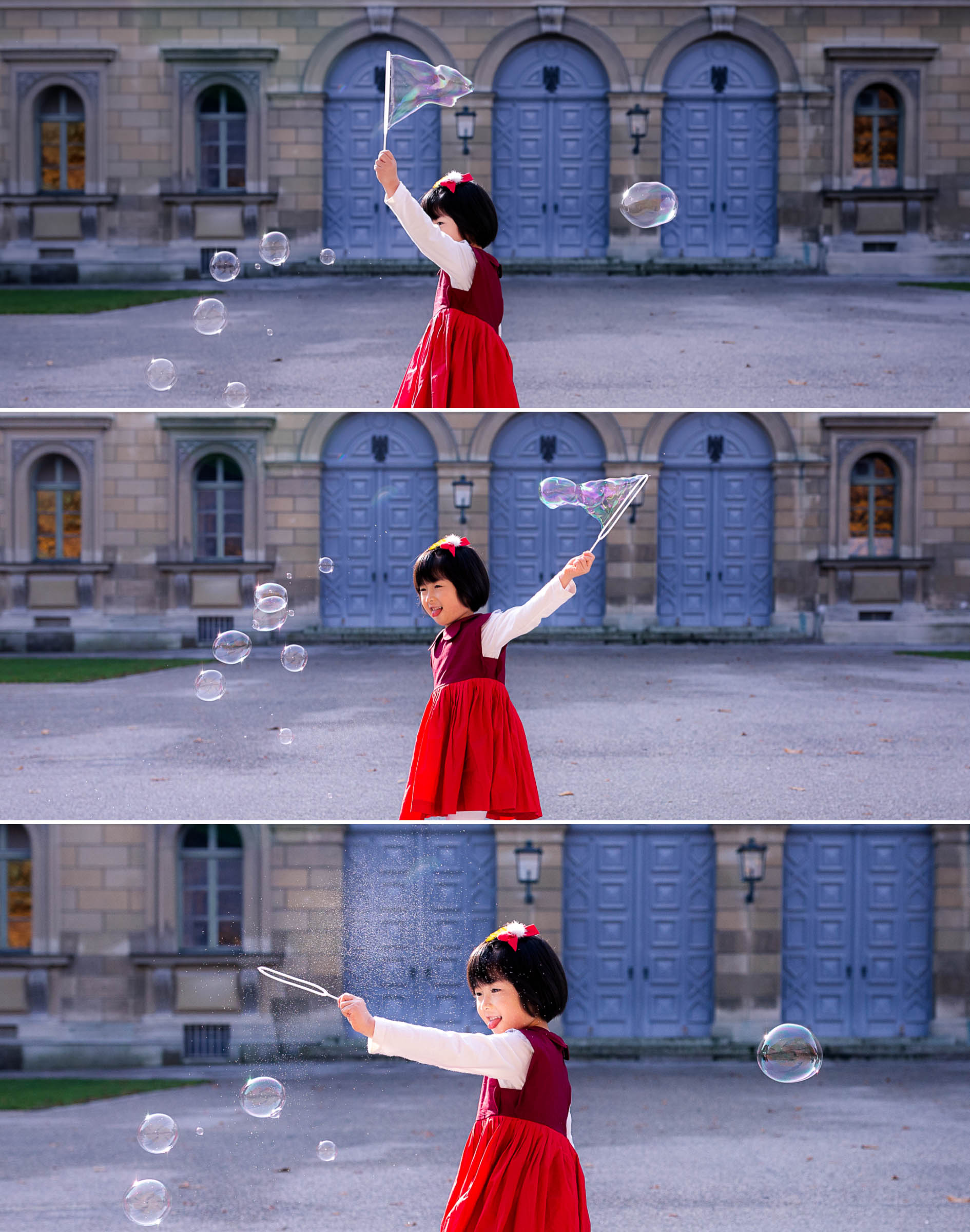 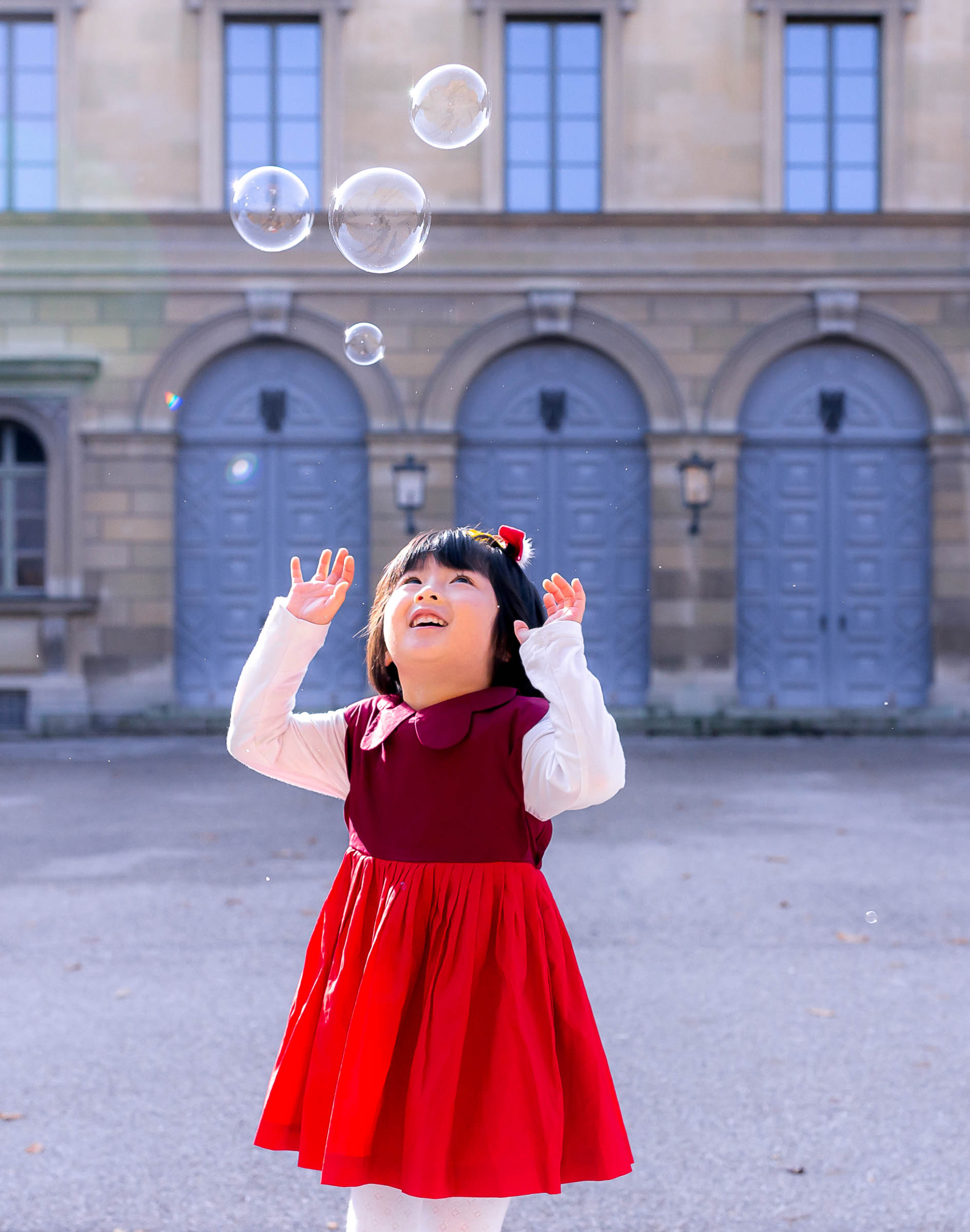